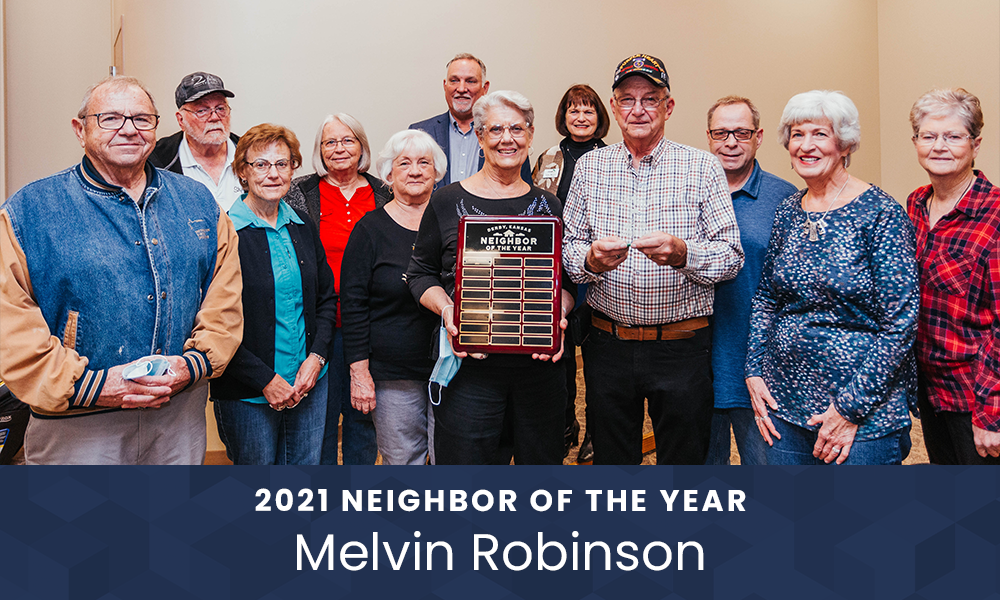 Mr. Robinson is known in his neighborhood for his friendly and caring attitude and his efforts to build relationships with his neighbors.  He introduces himself to new residents, helps plant flowers, replaces light bulbs and even takes neighbors to doctor’s appointments.

The nomination stated that “Melvin does all these things out of the goodness of his heart, and his neighbors appreciate the friendship he brings, his watchful eye, and the sense of community that has been developed because of him”.

He was nominated by one of his neighbors, with 21 additional neighbors adding their names in support of his nomination.

2021 marked the inaugural year for this new program recognizing a Derby “neighbor” who has contributed to enhancing the sense of community for their neighbors, neighborhood, and/or Derby as a whole by giving of their time and talent.  This award will be presented annually, and the 2022 award nomination deadline will be September 30, 2022.

Nomination forms for our 2022 “Neighbor of the Year” will be available early in April, but now is the time to start thinking about who you will nominate.

We want to continue to celebrate the best of what makes Derby a great place to live.