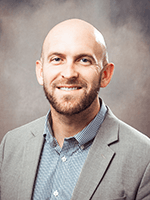 he oversees all municipal operations for the City of Derby. He served as Deputy City Manager for three years prior to being named Derby's fifth city manager.

Kiel joined the City of Derby in November 2018. Prior to that he was the Assistant City Manager in Manhattan from 2014 to 2018. He also spent time as the Public Works Director in Frederick, Colorado and Assistant to the City Administrator in Goddard, Kansas. As Deputy City Manager, he directly oversaw the Fire & Rescue Department, Public Works & Parks, Finance Department, Senior Services, Municipal Court, Emergency Manager, and Administration & Operations. He also oversaw emergency management coordination and ADA Coordination for the city.

Kiel grew up in the Mulvane area and is an alumnus of Mulvane High School. He is married to Danielle, a registered nurse, and they have a daughter and two sons. They reside in Derby. 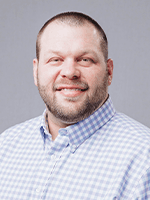 Bronson previously worked for Harvey County as the Assistant County Administrator/Director of Finance from March 2017 to January 2022. In that role he provided leadership and administrative support to 21 department directors and elected officials and 216 staff.

Bronson also served as the Management Analyst and Risk Manager for the City of Newton. He spent time as an Emergency Management Special Projects Coordinator for Harvey County, Special Projects Coordinator in the City Manager’s Office for Newton, and a Budget and Administration Intern for Harvey County. He began his career as a Firefighter for the City of Newton.

Bronson grew up in Minneapolis, Kansas and graduated from Minneapolis High School in 2003. He is married to Emily (Juhnke) Bronson of Hesston, Kansas. The Bronsons currently live in Newton, but will be moving into the Northbrook Addition in Derby this spring.