The Doctor is In

This bronze statue was installed in honor of Linwood Sexton who served on the Wesley Board of Trustees (1981-2016) since the founding of Wesley Medical Center in Wichita. It was purchased by Wesley in 2017 to commemorate the one-year anniversary of Wesley Derby ER. Linwood Sexton was the father of Eric Sexton, Derby resident, and father-in-law to Kathy Sexton, Derby City Manager. 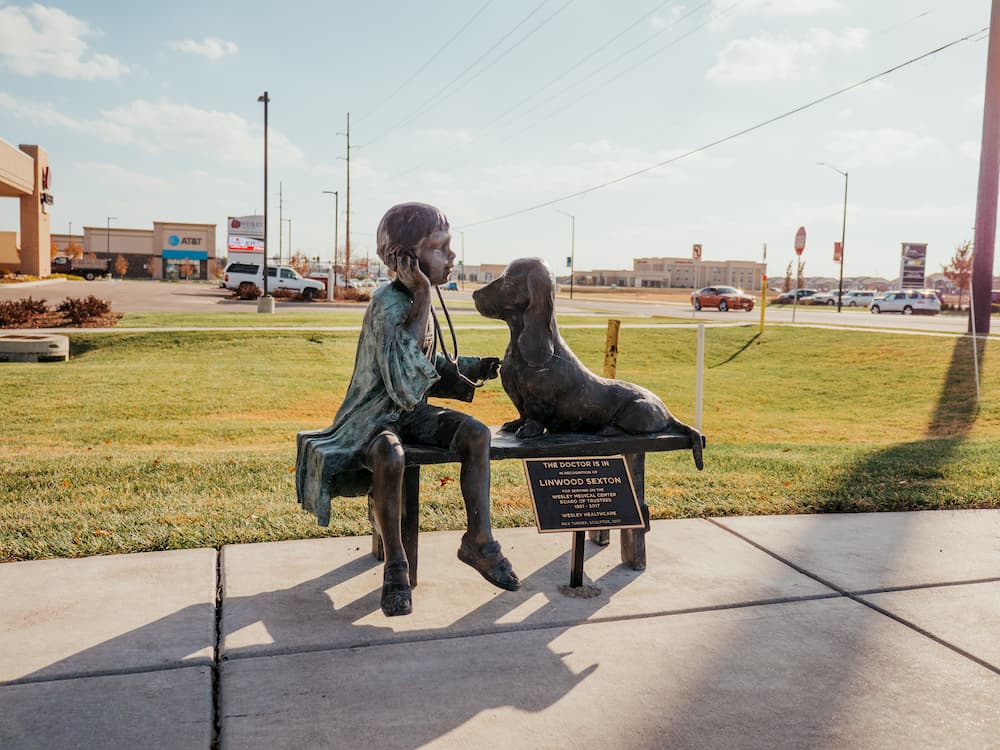